The case for peace, by Jeremy Corbyn 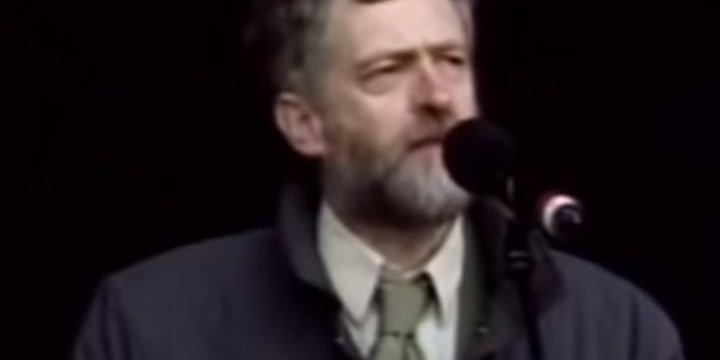 In the face of alarming escalation of the war in Ukraine and against the backdrop of rising nuclear threats, diplomatic discussion is not just possible but imperative.

As Russia's war of aggression in Ukraine takes more lives, destroys more homes and wreaks more misery, it is imperative that we urge all governments, leaders and international organisations to prioritise peace.

This Monday, we mourned the loss of more civilians when Russian kamikaze drones hit Kyiv and Mykolaiv. The attack had given Ukrainians just a week of “respite” — 19 people in Kyiv were killed by a Russian missile the Monday before. A children’s playground was among the rubble.

As yet more civilians, soldiers and conscripts are condemned to death, the United Nations is sitting on its hands.

To establish an urgent peace process, it must immediately call for an urgent and independently monitored ceasefire, and facilitate a security conference to keep future conflict off the table.

During any peace talks, it is essential that all parties accept international borders; only a genuine democratic process can decide what happens next.

The Russian government claims that the latest strikes were launched in response to the bombing of the bridge linking Russia to Crimea, which killed three people.

Russia’s latest retaliation represents a deplorable continuation of a brutal war. It also represents a devastatingly predictable outcome of what happens when an international community is more concerned with fuelling a conflict than finding a peaceful means of ending it.

Instead of pushing for negotiation, most European nations have taken the opportunity to ramp up arms supplies, feed the war machine and boost the share prices of weapons manufacturers.

Those of us opposing the arms trade are not attacking the workers in this industry. We consistently seek an alternative to protect their skills and their jobs — an alternative that doesn’t lead to death and destruction.

Many find the idea of diplomacy deeply naive. However, as the recent deal between Ukraine and Russia over grain and food exports demonstrates, diplomatic discussion is possible.

I have repeatedly condemned Russia’s brutal war in Ukraine. I do so once more. And I continue to do so while facing up to the following truth: wars do not have just outcomes. They only cause misery on a colossal — and to those of us who have avoided conflict, unfathomable — scale.

Our priority must be to prevent any further loss of life, and support popular peace movements — including those led by Russian peace activists — that can chart a course for security, safety and justice for all.

Everybody knows that wars eventually end in negotiations of some sort, so why not now? And if anyone thinks endless wars and occupations have a good result, just look at the consequence of enormous military spending in Afghanistan, Iraq, Syria and Yemen: poverty, displacement, hunger, destitution and despair.

Indeed, the longer the war goes on, the more devastating the destruction left in its wake. Almost 10 per cent of the population of Ukraine are now in exile, suffering trauma, loss and fear.

With every day this war endures, that number will grow. As we search for a peaceful end to this humanitarian catastrophe, we must also redouble our efforts to show compassion to those who are fleeing.

The Home Office continues to ensnare Ukrainians in deliberately labyrinthine bureaucracy to deter them. Ukrainian refugees should be supported and made welcome. So, too, should refugees from elsewhere, who are forced to live in penury and precarity for years. There can be no hierarchy of refugees’ needs; our compassion must be universal. And in times of war, our calls for peace are not just made for those who are in danger of death right now, but for those who will be left trying to break out from the rubble.

Many see the idea of calling for peace during a time of war as a sign of weakness. This could not be further from the truth: it is the bravery of peace protesters that has so often stopped governments from waging wars around the world.

In calling for peace, I have supported calls being made by thousands of Russian peace activists demanding that their government stop waging a war in their name.

In the face of alarming escalation, and against the backdrop of rising nuclear threats, diplomatic discussion is not just possible but imperative.

Those who fuel the conflict must know that, in the event of a nuclear war, nobody wins. Instead of adding fuel to the fire, governments should be engaging in an urgent process of nuclear disarmament through a global ban.

The last thing the British government should be doing is committing to a 3 per cent rise in defence spending: in a never-ending arms race, we all lose.

This is a perilous and dangerous time. The world is more economically divided than ever. Climate catastrophe is no longer a threat, but an ever-present reality. And without urgent calls for peace, nuclear annihilation might be on the horizon.

Diplomacy is not a pipedream. It is an urgent reality. Now, more than ever, our priority must be to find a peaceful solution and prevent further devastation to the people of Ukraine and, possibly, us all.