Support the campaign 'Myanmar Military: Never in Fashion' and send the brands a message 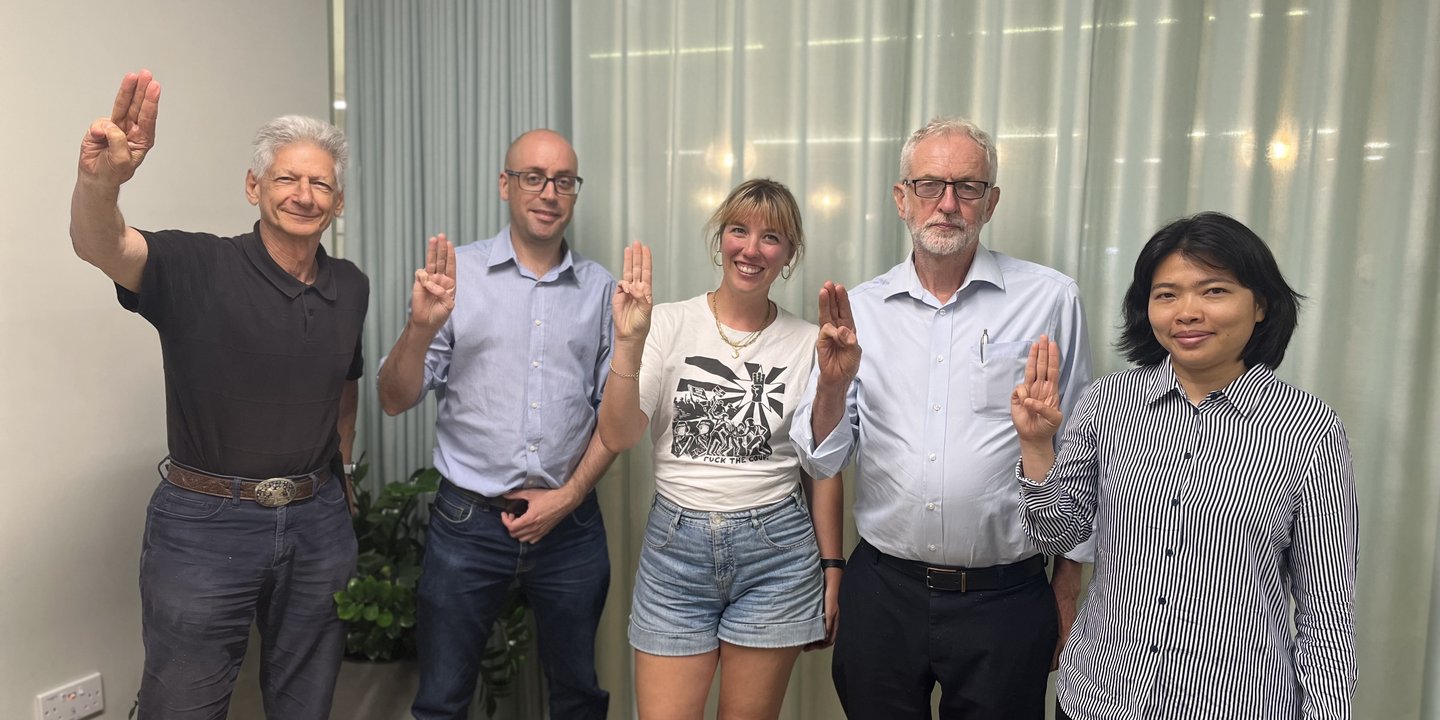 Join us in supporting the campaign calling out against the horrendous oppression of Myanmarese trade unionists by the military junta.

On 23 July 2022, Four democracy activists have been executed by Myanmar's military in what is believed to be the first use of capital punishment in decades. The four - including activist Ko Jimmy and lawmaker Phyo Zeya Thaw - were accused of committing "terror acts" and were sentenced to death in a closed-door trial that rights groups criticised as being unjust.

The Myanmar military have killed over a thousand people and had thousands more arrested, trade unions have been declared illegal and workers’ are being handed over to the police by factory owners for protesting. This is why The Peace and Justice Project is supporting the campaign Myanmar Military: Never in Fashion who are calling on international brands to support human rights and pull out of Myanmar until democracy is restored. Over 100 cases of abuse in Myanmar's garment factories, implicating 30 fashion brands in the exploitation of workers. A recent report by the Business and Human Rights Resource Centre, which tracks these abuses, reaches the conclusion that brands need to make a responsible exit from Myanmar.