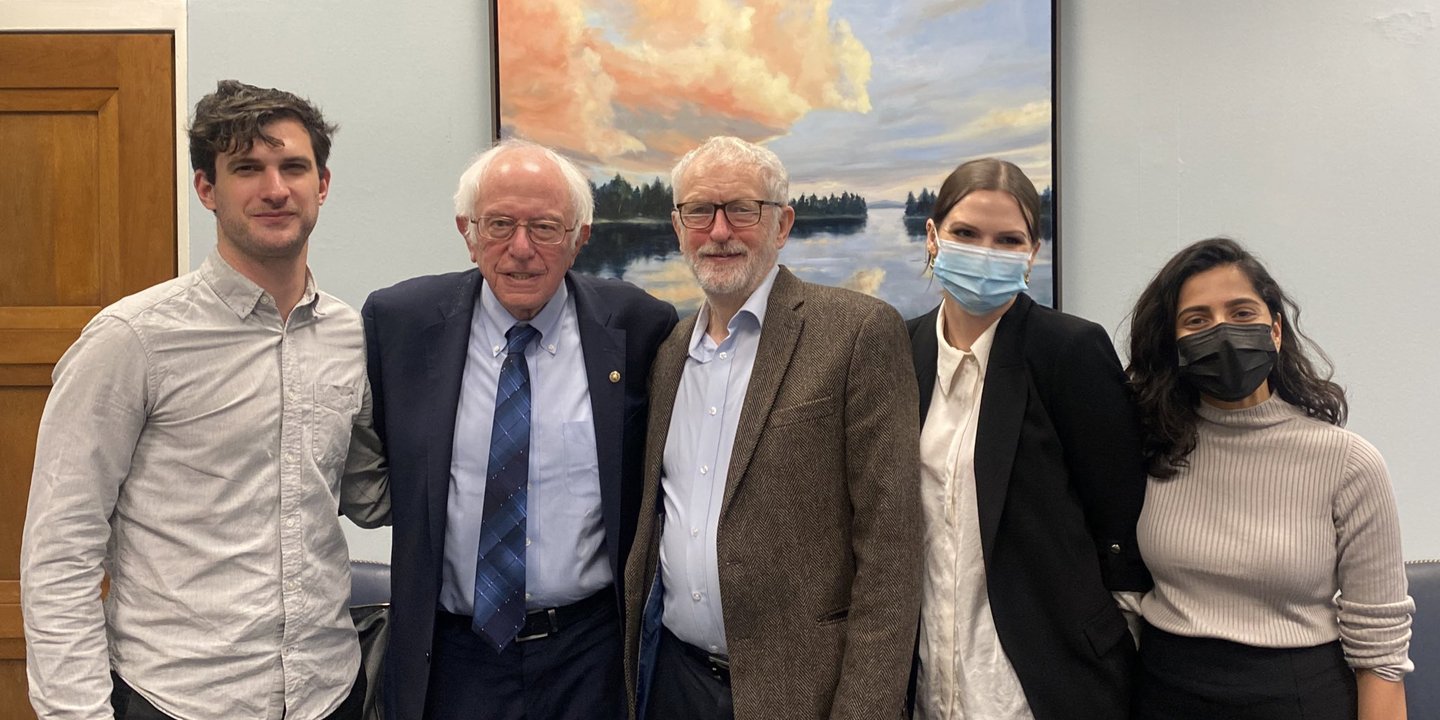 The meeting covered a wide range of subjects including the ongoing strikes in the UK and the necessity of a united movement for the working class to challenge corporate greed, as well as building an alternative vision to the misery millions face in the UK, US and around the world. They were joined in their meeting with David Adler and Varsha Gandikota-Nellutla from Progressive International, of which Peace & Justice Project are members.

Speaking after the meeting, Senator Sanders said: "I look forward to working together to build international solidarity toward a future that works for all people".

Jeremy Corbyn and the Peace & Justice Project were in Washington D.C. to participate in The Belmarsh Tribunal, making the case for his freedom to members of the US senate, House of Representatives and all levels of the legislature.

The Belmarsh Tribunal D.C. — The Case of Julian Assange