Peace & Justice Project joins thousands in marching against the Tories 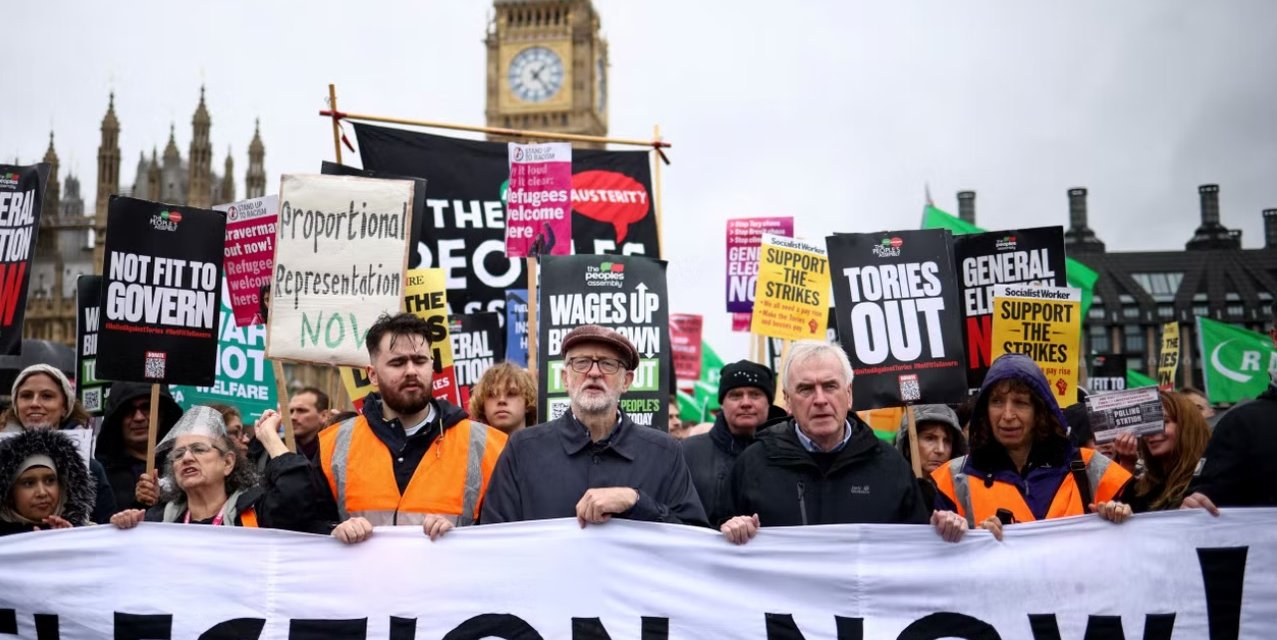 Thousands of protesters have taken to the streets of London to demand action on the cost of living crisis.

The Britain is Broken protest, a march from London Embankment to Trafalgar Square on Saturday afternoon was organised by The People’s Assembly and supported by the Peace & Justice Project, Unite The Union, RMT, CWU, BFAWU, Just Stop Oil, Stop The War, CWU and many other organisations, as a demonstration against the Conservative government's lack of action on the cost of living crisis.

Jeremy Corbyn addressed the demonstration in Trafalgar Square alongside RMT general secretary Mick Lynch, former shadow chancellor John McDonnell, Diane Abbott and others. In his speech, Jeremy said: "We're not going to see people with disabilities discriminated against, they’re not going to see growing impoverishment in our society".

The Peace & Justice Project has pledged to continue playing its role in resistance against the Conservative government. In July, we partnered with Just Stop Oil in organising a march and shut down of Parliament Square.