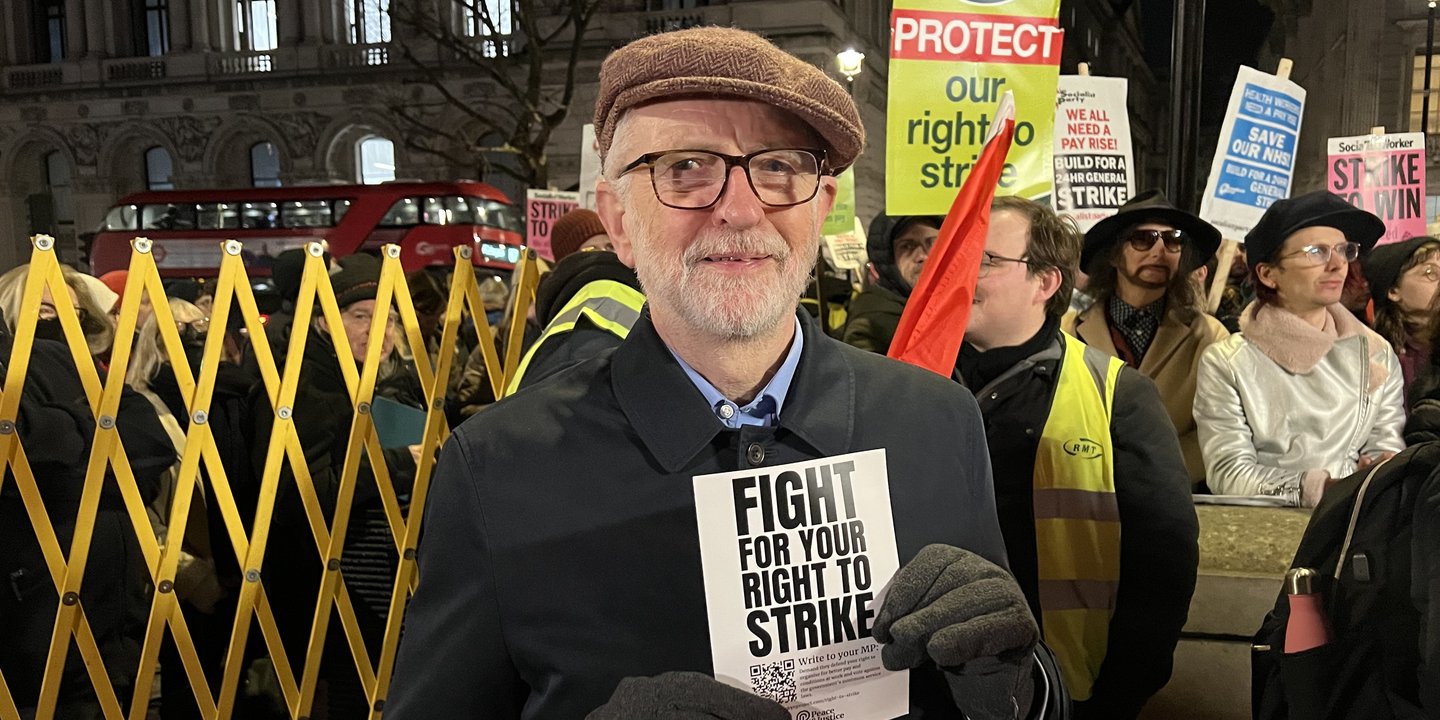 Alongside Mick Lynch, Jo Grady, Zarah Sultana and many more, Jeremy Corbyn joined the Enough Is Enough demonstration in solidarity with trade unions and workers fighting for the right to strike.

Following the government's authoritarian legislation to attack a worker's right to strike, thousands of people descended on Downing Street to voice their dissent and stand up for trade unions, and those fighting for fair pay and conditions on picket lines up and down the country.

Jeremy's speech at the Enough Is Enough rally outside Downing Street, via PoliticsJOE