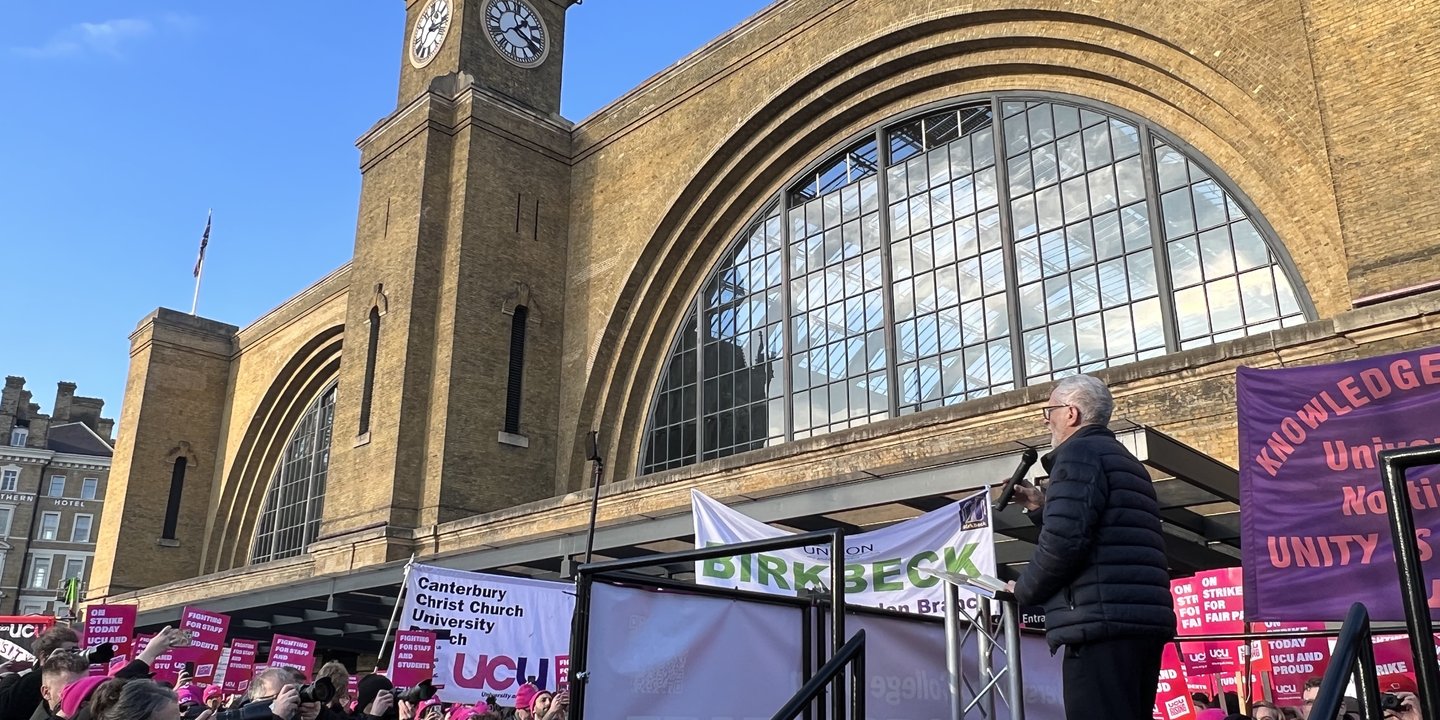 Alongside Dr Jo Grady and a host of other trade union general secretaries, including RMT's Mick Lynch and CWU's Dave Ward, Jeremy Corbyn addressed the rally of thousands of UCU members and supporters, calling for a fully-funded education system and fair pay for all workers.

UCU members in higher education have worked throughout the pandemic and generated record income for the sector and have faced attacks on their pay, conditions, and pensions.

Speaking at the rally, Jeremy said: "We will give young people a future of hope and not one of poverty. In our unity, we will win!"

The Peace & Justice Project is proud to support those working in higher education and the #ucuRISING campaign.

Donate
For the price of no more than a coffee a month, you can help us find, highlight, and end injustices at home and around the world.