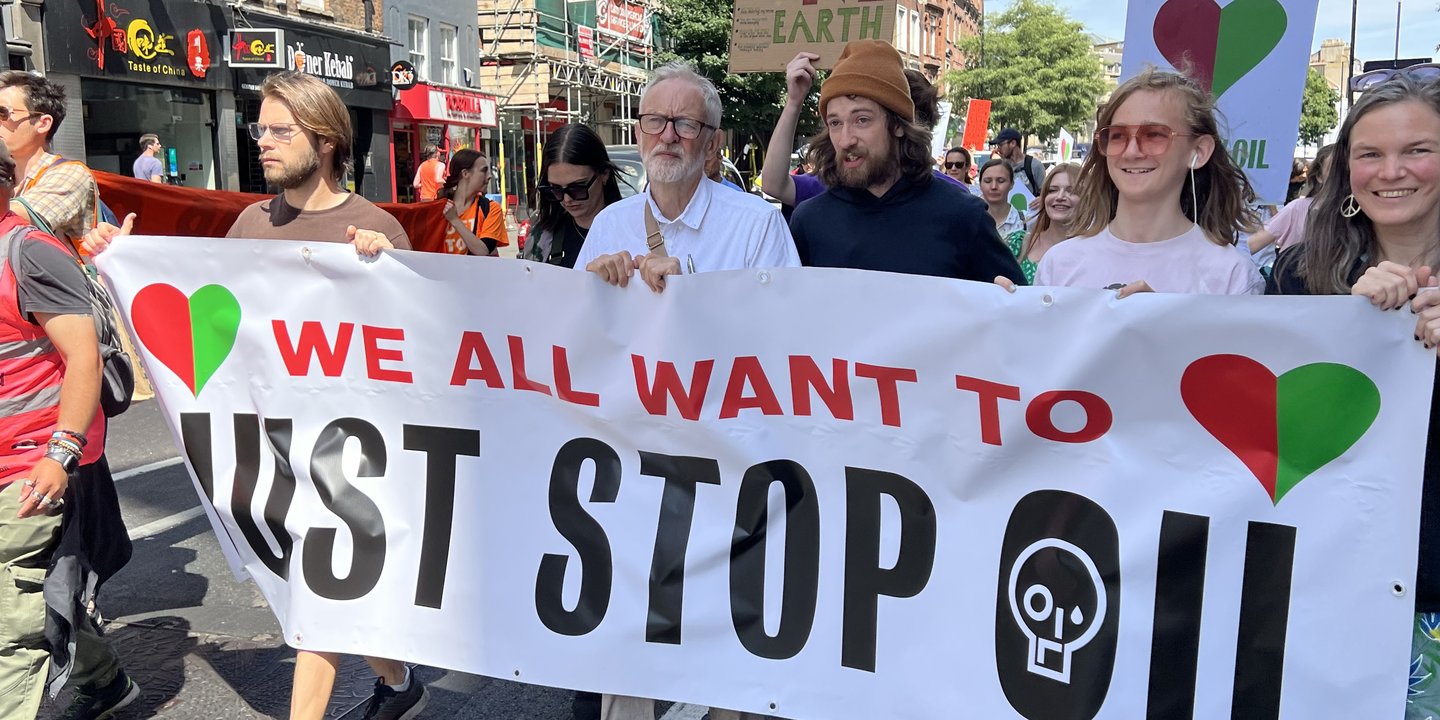 Approximately 6,000 people bring central London to a standstill to demand urgent action on the cost of living and climate crisis

On Saturday 23 July, thousands of people joined the We All Want To Just Stop Oil march and sit down in London, bringing Parliament Square to a standstill to demand urgent action on the cost of living and climate crisis.

The marches, which departed from numerous starting locations across London, including Euston, Waterloo and Victoria stations, as well as Angel underground station where Jeremy Corbyn launched the event, descended on Parliament Square before heading to nearby St James's Park for a networking building session to enable activists to build campaigns and organise in their own communities.

This Autumn we are fighting back. We will bring together the tactics used through the ages by ordinary people standing up to injustice.

STRIKE: We aren’t putting up with pay cuts any longer. Using our trade unions, we are going on strike

DON’T PAY: We can’t pay so we won’t pay: hundreds of thousands of people are joining together to stop paying their unaffordable energy bills.

OCCUPY: Let’s stop fossil fuels by sitting down in Westminster until our demands are met.

This is going to be the big something we have all been waiting for. You don’t want to miss out.