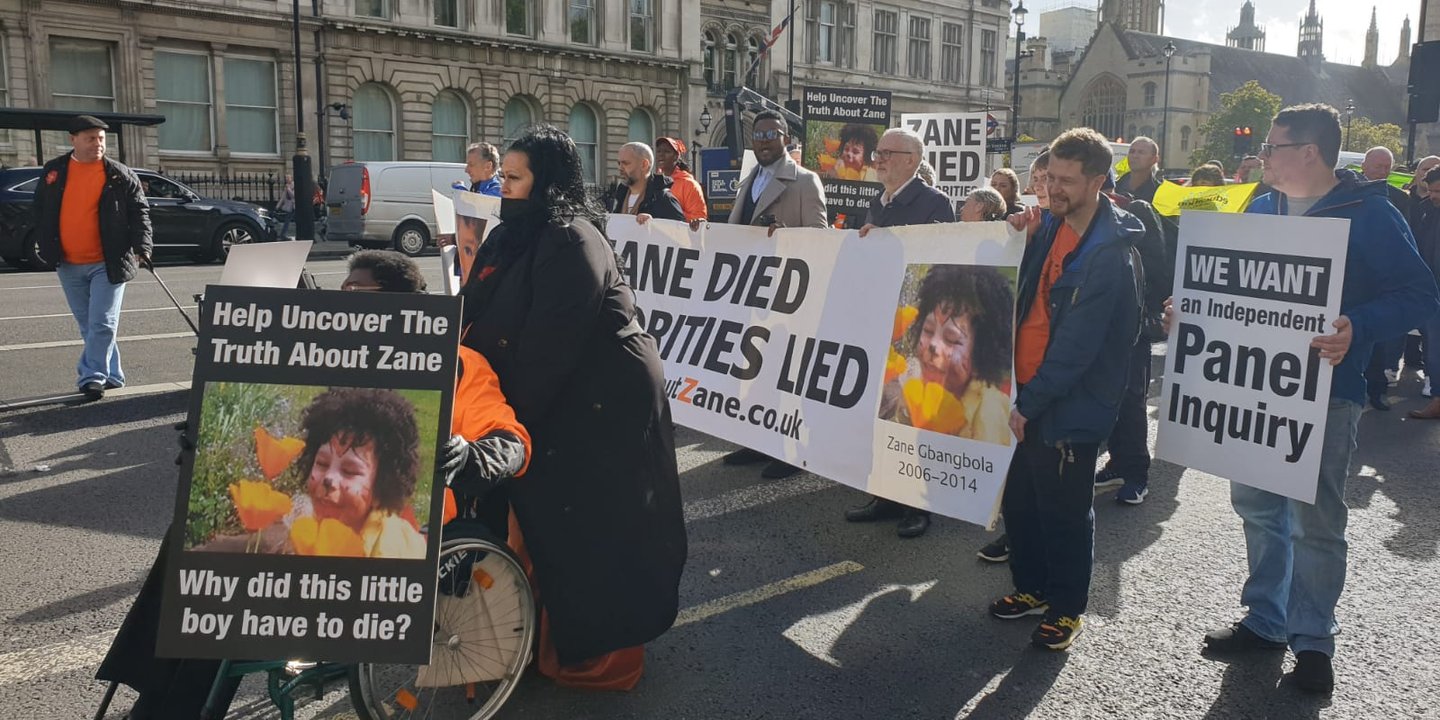 On the day that should've been Zane's 16th birthday, the Peace & Justice Project and Jeremy Corbyn join Kye and Nicole Gbangbola to hand in their petition demanding the truth to No 10 Downing Street.

The parents of a seven-year-old boy who died from toxic fumes in his home have delivered a petition of 117,000 signatures to Downing Street demanding a public inquiry.

Alongside Zane's parents, firefighters and supporters, the Peace & Justice Project and Jeremy Corbyn urged Liz Truss ‘end the cover-up’ during her last days as Prime Minister.

Zane died during flooding in Chertsey, Surrey, in 2014. Cyanide is suspected to have seeped in from an old military landfill site. Find out more about the Truth About Zane campaign here.