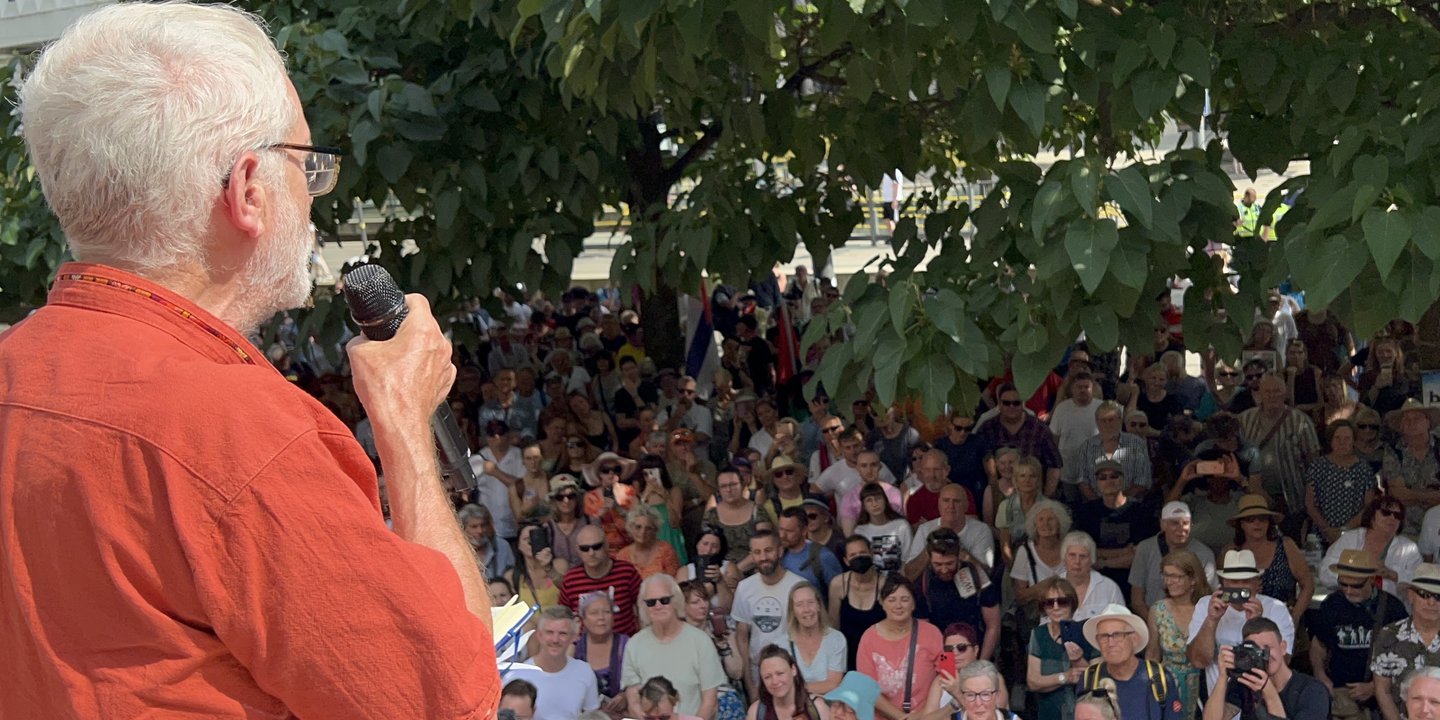 Jeremy Corbyn addressed a crowd of thousands in St Peter's Square to mark the 123rd anniversary of the Peterloo Massacre.

In his speech, Jeremy said:

"The cost of living crisis has laid bare the inequality and injustice of the broken system.

Billionaires and big business continue to increase their wealth at the expense of fair pay for workers, communities and the future of our planet.

Every penny spent lining their pockets is one not spent on bringing down the cost of living for millions, on our children’s futures or a Green New Deal.

All of this must change.

We need an immediate wealth tax, with our energy, water, rail and mail in public hands to bring down bills and help us build a fairer society of peace, justice and shared wealth.

We can and must provide a radical and hopeful alternative to the misery faced by millions - a healthy planet and an economy run for and by the many, not the few."