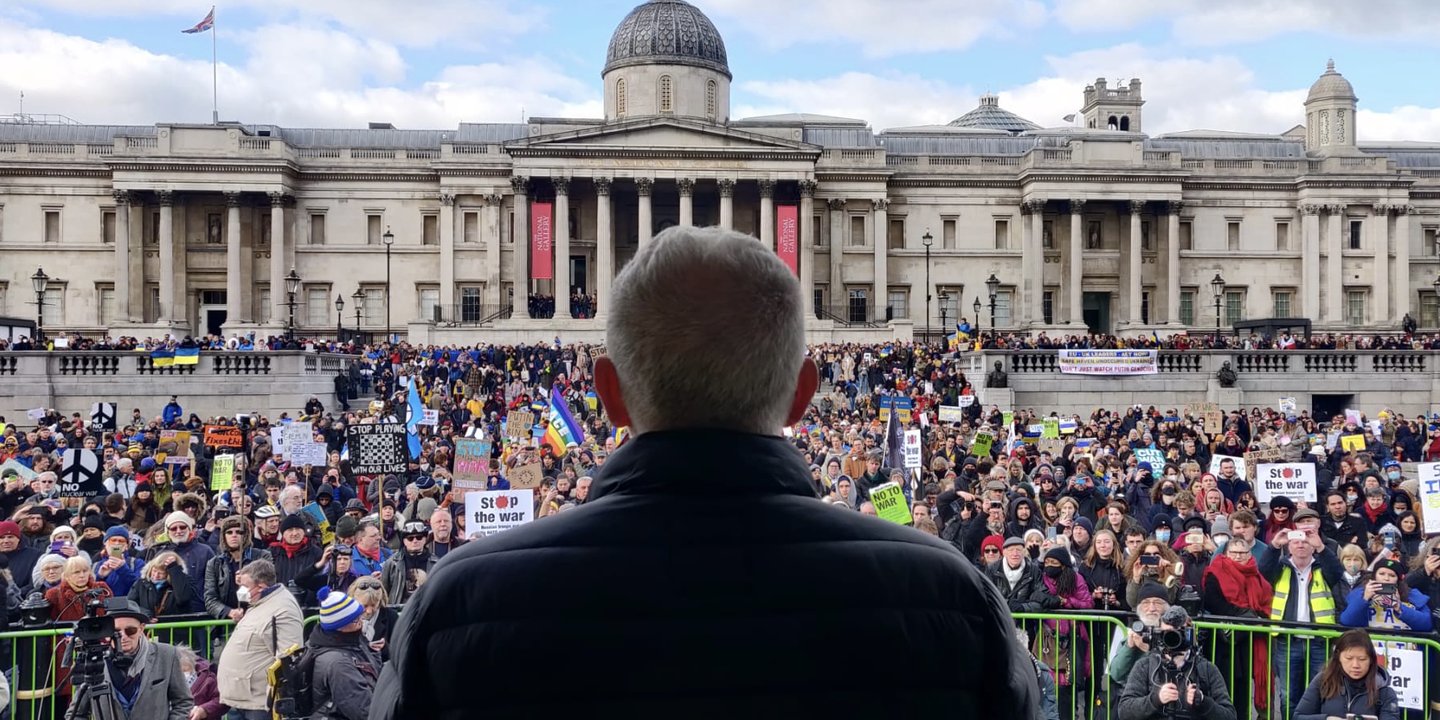 Jeremy Corbyn has been presented the prize as part of the World Beyond War Awards in an online ceremony this week.

World Beyond War is a global non-violent movement to end war and establish a just and sustainable peace.

As well as Jeremy's prize, the Whidbey Environmental Action Network (WEAN), based on Whidbey Island in Puget Sound, was awarded the Organizational War Abolisher of 2022 award.

The Individual War Abolisher of 2022 award went to New Zealand filmmaker William Watson in recognition of his film Soldiers Without Guns: An Untold Story of Unsung Kiwi Heroes. Watch it here.

The Lifetime Organizational War Abolisher Award of 2022 was presented to Collettivo Autonomo Lavoratori Portuali (CALP) and Unione Sindacale di Base Lavoro Privato (USB) in recognition of the blocking of weapons shipments by Italian dock workers, who have blocked shipments to a number of wars in recent years.

The Peace & Justice Project, founded by Jeremy Corbyn, sends its thanks and solidarity to those receipt of awards at this year's ceremony.