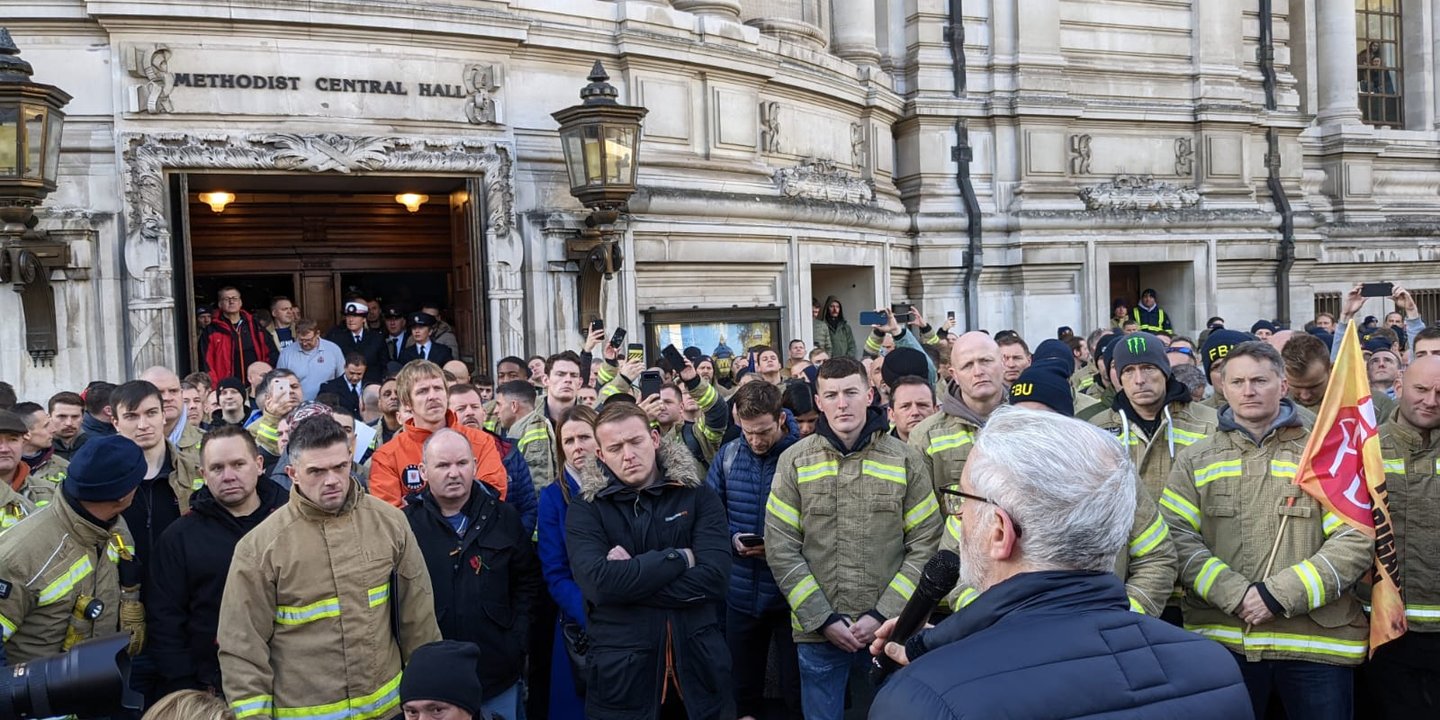 Over 2,000 firefighters and control room staff gathered in Westminster earlier this week to demand an end to poverty pay.

Members of the Fire Brigades Union (FBU) were addressed by former Labour leader and Peace & Justice Project founder Jeremy Corbyn at a packed Methodist Central Hall in Westminster on Tuesday, before marching on Parliament.

The action follows a derisory below-inflation pay offer of 5%, which has driven many firefighters to relying food banks or leaving the profession entirely.

The Peace & Justice Project is proud to support our firefighters and the FBU's #FairPayOrFireStrike campaign.

Donate
For the price of no more than a coffee a month, you can help us find, highlight, and end injustices at home and around the world.